8 Comment Systems You Can Use On Your WordPress Blog

8 Comment Systems You Can Use On Your WordPress Blog

Blog comment systems accomplish two things for bloggers: they provide valuable social proof, and they can be a great place to foster reader engagement and get more mileage from your article. With some of the comment systems available today, readers can integrate social media platforms, and even use @mentions to engage more participants in the conversation. For you, the blog owner, this means more people will likely read your work.

At the same time, comment monitoring can be a lot of work.

There’s always the possibility spammers will get through, even if you have a good filter. Comment trolls–or even real users–will purposely post offensive or controversial comments just to get a reaction. You may prefer to use a simple interface for your blog’s comments, but are concerned about these spammers and trolls.

Which comment system should you use on your WordPress blog to deal with this? Let’s look at eight of the most popular comment options out there, and see which is best for you.

Despite the increasing number of comments systems out there, many blogs still decide to use the default comments from WordPress. This system is free, prepackaged in your WordPress install, easy to use, and can be customized endlessly through plugins.

WordPress’s own comments section has a number of perks which makes it popular with WordPress bloggers.

As an added bonus, WordPress comments are very user-friendly, making them ideal for the blogger who doesn’t have a lot of extra time or who isn’t the most tech savvy. If you know nothing about setting up comments, that’s OK. WordPress is ready to go. At the same time, there are also plenty of options for those who wish to personalize the comments section. WordPress offers thousands of plugins you can use to tailor the comments section to your needs.

WordPress’s comment interface has not really been updated much in over a decade, and sometimes this shows.

Furthermore, the spam controls aren’t all that great, and spam comments often make it past Akismet, WordPress’ free comment spam filtration plugin. Granted, you can upgrade your spam filtering using other plugins like Mollom, which asks users to solve a captcha only if it is unsure about the content of the message. Mollom has its own privacy policy, though, and for readers that don’t like third-party comment systems, they may balk at Mollom even though you are using the WordPress comment system.

Using Facebook comments brings the discussion from the network to your blog.

Facebook comments have the two things WordPress lacks — social media integration and better troll control. For this reason many popular sites, such as TechCrunch, have adopted Facebook comments for their blogs.

Although Facebook may seem ubiquitous, not everyone uses it.

By adopting a Facebook comment system, you could alienate users who choose not to use Facebook. Some people also may not want to have their comments traced back to their real identity or Facebook account, even if they are not posting anything offensive. In addition, Facebook comments are not linked to your blog. If you ever change your commenting system, you’ll lose your old comments.

Disqus gives you everything you could ever want in a comments system. You can seamlessly integrate social media, add interactive content such as pictures and videos and cut down on spam. There are many blogs out there (including the CoSchedule blog) that have adopted the Disqus comment system.

Disqus is an increasingly common comment system for many sites, and it’s easy to see why.

Disqus is not everyone’s favorite system, particularly for readers. They don’t like the idea of having to register for another account just to leave a comment.

@jgombita Just noticed the @CoScheduleBlog comments are also tied to Disqus. It's a shame b/c they have decent content worth commenting on.

Disqus is not as easy to use as WordPress or Facebook comments and, to get the full version, you’ll also have to pay a fee. It may be more time and money than some people are willing to invest in a comments system. Some readers don’t want to see the most recent comments first because it can create confusion; they’d rather see them in ascending order (first and oldest on top, newer on bottom) so they can follow the progression of the conversation easier.

Additionally, readers can’t build backlinks through Disqus unless they post a link directly in the comment. That might be considered a positive for you, the blog owner, though, if you wish to avoid commenters only participating for backlinks.

LiveFyre is similar to Disqus in its implementation.

LiveFyre is similar to Disqus in that it is a third-party comment system with a host of quite similar great features. Entrepreneur is one example of a site that uses LiveFyre to manage its comments.

Both users and admins have reason to love LiveFyre as a commenting system. Though similar to Disqus, there are several unique features that set it apart.

Like Disqus, LiveFyre also charges a fee for anything but the most basic version. While the features are certainly cool and give you a lot of options, they may also be more complicated than what most bloggers are looking for.

Additionally, LiveFyre shares readers’ last post in the comment sections. While that is a benefit for readers and helps bring traffic back to their blog, you may prefer to keep your comment section free from that kind of unrelated self-promotion.

Google+ is a great network to be active on because the content shows up in Google search results; you can increase your website’s presence on Google+ by setting your comments up to encourage it. Some Google+ users have turned to the network for actual blogging, but using the network for a comment system is probably the better integration.

Since there is no official Google+ Comments plugin for WordPress, you’ll need to bring them in using a third-party plugin like Comments Evolved.

Most people use Google products, but not everyone does, nor is everyone open to tying their online identity to your comments section. This is probably somewhat less of a concern than with Facebook Comments, however, since many people have more than one Google account.

And, until Google+ has an official WordPress plugin, you will have to rely on third-party plugins and how they handle comments. For example, Comments Evolved essentially gives you tabs for different types of comments, but to my knowledge there is no combined feed of all of your comments. This can get confusing fast if you have multiple conversations happening on multiple comments tabs on just one post. This is just the case for Comments Evolved, however; you have many other options when it comes to Google+ comment plugins.

IntenseDebate offers subscription settings through RSS and email, social media integration, a user-ranking feature and CSS integration. It doesn’t have quite as many features as LiveFyre or Disqus, but if you’re a pro at CSS this could be the system for you.

IntenseDebate was clearly created with the community in mind. Some of its best features include:

For me, one of the biggest cons of IntenseDebate is that you need to scroll all the way to the bottom of a sometimes extended set of comments (hey, it’s called IntenseDebate for a reason) in order to add a comment as a new thread. Some may not consider this a con though; it encourages your readers to read the other comments before replying themselves, and could result in more banter between your readers (there are reply buttons all through the threads). Still, for those readers who want to comment on your blog post and not involve themselves in the rest of the debate, this will be an annoyance.

Also, the reliance on CSS might make this system a little unwieldy for some users. However, they have a small but dedicated community of users you can turn to for help. People tend to like this comment system.

Vicomi is a simple system with a single selling point — the emoticon.

With Vicomi, you no longer have to worry if someone is trying to be sarcastic or if they’re sincerely upset. Users can post the emoticon along with their comment to share their emotion, clearing up any doubts you might have.

The biggest thing Vicomi has going against it is how unheard of it is.

It’s pretty much a guarantee that if you install Vicomi, it will be new to your audience, and that could be a good thing or a bad thing. It also looks a little childish; the emoticons would look very out of place on a serious or professional blog. However, these cons are subjective to specific types of blogs and readers. If these cons don’t apply to you and your blog, Vicomi comments could be worth a try; they’re free and relatively simple to install.

Many bloggers argue that comments are an integral part of blogging, but despite the wide range of comments systems available, some websites decide to bypass comments altogether. Why would you do that?

There are a few valid reasons for turning your comments off (or shutting them down on individual posts after specified amounts of time):

While there are pretty clear-cut benefits of ditching your comments section, the disadvantages are obvious as well.

Without a comments section you have far less of a chance of developing an active community around your content. Even if you do, the fact that it is removed (taking place on Facebook, Twitter, or elsewhere) will alienate some readers. If the discussion is taking place elsewhere, often people will link to where the action is – even if that means embedding a couple tweets about your piece instead of linking to it directly.

Whatever comment system you choose, there are bound to be pros and cons, and that’s okay. Not every type of comment system works for every blog or community; that’s why we have so many different options.

Adrienne Erin is a freelance writer and designer who loves to dissect marketing strategies and see what makes them tick. When she’s not working, she has been focused on staying healthy while enjoying good food, chronicling it all on a blog called Foodie Fitness. You can follow her on Google+ 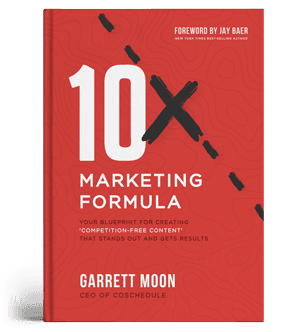 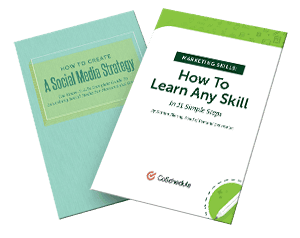