List posts, the stuff of magic. The staple food of Buzzfeed and social media and content marketing everywhere.

But a Buzzfeed list is one thing, with its catchy photos, quick blurbs, and fast takeaways for the reader. How about a long-form blog post, on a topic that isn’t so fun and full of baby animal photos? Do list posts still perform even if you’re not selling Buzzfeed’s brand of emotional adrenaline?

Why are list posts so popular? Why is your social media feed either filled with Upworthy-type headlines or numbered lists?

50 Laws That Are Ruining Your Life, 5 Signs You’re About To Be Rich, 7 Ways To Lose Weight In Just One Week – I wrote these fake headlines and I’m dying to know the answers myself! List post headlines tend to promise big with just a hint of the vague to make you wonder how such a promise could ever be fulfilled.

A 2009 study by the University of Athens discovered that readers preferred a slightly ambiguous headline. In talking about the power of lists and this study, The New Yorker writer Maria Konnikova wrote that people “preferred headlines that were both creative and uninformative, like “THE SMELL OF CORRUPTION, THE SCENT OF TRUTH” or “FACE TO FAITH.” These were headlines that didn’t give away the farm. You had to read the article to make complete sense of them.

As a reader trying to quickly consume content during the day, a list post looks easy to scan or read. I can zip through the listed items, which are like mini packaged blog posts all on their own. I don’t have to commit to the full post if I don’t want to. I can just read the listed item (or even their headings) and be fine.

The great Umberto Eco even wrote a book about how lists help us comprehend (and manage) the infinite. Lists are a powerful tool. They help us know there is an ending. They help us remember it easier.

We all like simplification. We like to know there is a beginning and an end. The finite is comforting.

There is a lot of information available. It is chaos, if you ever bothered to step back and consider it all. We have too many options, too many choices, and its harder to make a decision. This excessive choice sometimes leaves us unable to process any of it, a frustrated state of being called analysis paralysis.

We want to have to think less, when faced with all of this choice, and list posts stand out. They are ordered, and orderly. According to David Wallechinsky, co-author of the Book of Lists, “lists help us in organizing what is otherwise overwhelming.”

1. The magic number for lists posts seems to be 25.

According to the (fascinating) research on the RJMetrics blog, a list post of 25 is the number that gets the most hits on Buzzfeed. RJMetrics ran several tests to determine which posts were top in search results and which ones were shared the most.

After the averages were taken, the winner was 25 (or thereabouts).

2. Odd or rounded numbers are best.

In the same research, RJMetrics learned that numbered lists that ended with a 5 or a 0 received better traffic (Oops.) This preference for 5 and 0 is backed up by a study done by Robert M. Schindler of Rutgers University. Schindler discovered that we prefer and understand those round numbers most of all.

After studying 300 articles, online instruction specialist Abreena Tompkins discovered that students learn better when things are grouped in odd numbers. She described how the brain best remembers no more than nine items in a group, with three or five being an optimal amount. According to Tompkins, “odd numbers work better than even numbers. If you’re going to give students a list of six things to do, make it one, two, three, whitespace, four, five, six. The brain responds to whitespace because the brain processes things in groups.”

Perhaps the takeaway here is that our brain likes simple groupings, and that for small lists, odd numbers are best. Once your list heads past nine, you should start aiming for the round numbers ending in 5 and 0.

3. Successful headlines have emotional words in them.

Merely assembling a list of items isn’t going to get it read. You will always need a compelling headline to sell it. There is still no getting away from the need to use emotional words in your headlines.

You still must work on finding the best possible headline, even if you are writing a headline with a list number in it. So is there a list post blog headline formula that works?

And then Davis wisely recommends you be cautious in using a formula because formulas are not where greatness comes from. Good headlines are still good headlines, whether you’re using the magic of the list post or not.

4. Use the actual number, not the word.

I struggled, when I first started blogging, to abandon the AP Style Guide and use a numeral instead of the word in a headline. It still bothers me quite a bit, but that’s the way online content handles numbered headlines now. Why do we write “10 Reasons” instead of “Ten Reasons”?

We see and comprehend 10 better than ten. We can save a character or two when we use the number 3 instead of writing three.

List posts are probably not ruining the internet, but they have certainly changed the way writers approach headlines, if not also topics.

But, if we were to speak in hyperbole and broadly say that list posts are destroying everything, what would be the reason for that?

1. Too often list posts are used merely as link bait.

Not every topic and every moment should be link bait. This cartoon from XKCD says it all. Sometimes we content creators should consider that there are topics that shouldn’t be handle so lightly just to get more clicks. While most topics can be broken down into a list, some topics should be given a different treatment. 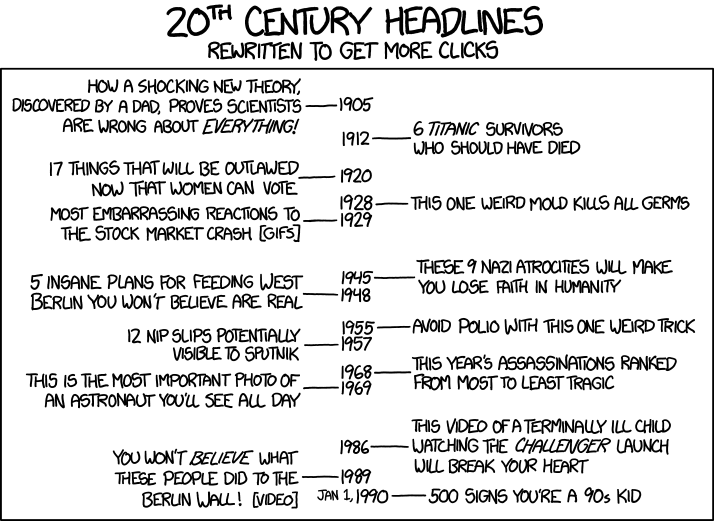 2. Lists are conflated with fluff content simply to achieve a higher number of lists items.

Too often list posts become about the list and not about what you really have to say. You make up unoriginal or light content just to hit that perfect number. Sometimes you should stop before you drag it out too far. While it’d be nice to hit an odd number or round number, it would be better to trim down your list to do that instead of inflate it with fluff.

3. List posts often have vague substance without specific links or how-to information for each item.

In other words, they state the obvious. In a vague, nebulous, non-committal way.

How many list posts have you seen that say things like “1. know your audience” and then, instead of telling you how to know your audience, they explain why it’s important instead? What most of us want, particularly those of us who are attracted to list posts because of the hope of a quick instructional takeaway that won’t require hours of commitment to the content, is a useful and clear “do this, try that.”

Is there anything more frustrating than a list post that lists the reason something is a problem, but doesn’t tell you how to solve the problem?

This is why readers are wary and tired of list posts.

As a marketer, you know the industry is continually changing. From fresh tactics to emerging trends, there’s always something new to learn. You jump on to Google and read the first page […]

189 Creative Blog Post Ideas That Will Delight Your Audience

Have you ever sat down to write your up-and-coming blog post just to find yourself staring blankly at your computer screen? I know I have. It’s a daunting task to […]

How do you build long-lasting, mutually beneficial relationships with your best customers? Treat influencer marketing more like relationship building and less like a cash transaction. Today’s guest is Magda Houalla, […] 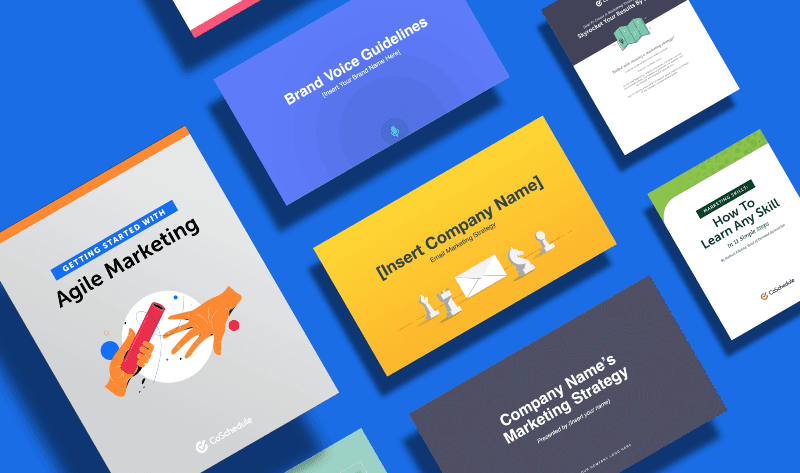